Earth saw a lot of commotion when its magnetic poles flipped 42,000 years ago. Scientists have known about the flip since the late 1960s. Earth’s magnetic poles are not static – they are generated by electric currents from the planet’s liquid outer core, which is constantly in motion. As of late, earth’s magnetic North pole has wandered considerably on a path toward northern Russia. But for the most part, scientists did not think the last pole flip had a major environmental impact. Sure, the planet’s magnetic field got weaker, allowing more cosmic rays to penetrate the atmosphere, but plant and animal life was not known to have been greatly affected. A new study now suggests a more dramatic phenomenon occurred: The additional cosmic rays may have depleted ozone concentrations, opening the floodgates for more ultraviolet radiation in the atmosphere. Shifting weather patterns may have expanded the ice sheet over North America and dried out Australia, prompting the extinction of many large mammal species. A solar storm, meanwhile, might have driven ancient humans to seek shelter in caves. As competition for resources grew, our closest extinct human relative, Neanderthals, may have died out. “It would have been an incredibly scary time, almost like the end of days,” Chris Turney, an earth scientist at the University of New South Wales, said in a video describing the new research. Scientists have not come to agree on a definitive theory about why Neanderthals disappeared. Some research suggests their extinction happened naturally, as Neanderthals inbred with modern humans or the population became too small to hunt, mate, and raise children. Other scientists have posited that Neanderthals may have been out-competed for resources as modern humans started to populate Europe. But it is probably no coincidence that Neanderthals died out following a major shift of earth’s magnetic poles, Turney’s study suggests. “It was only when you started talking between different areas of science, you could see the connections,” his co-author, Alan Cooper, said. “Before that, none of the different fields had worked out 42 [42,000 years ago] was the key event.” 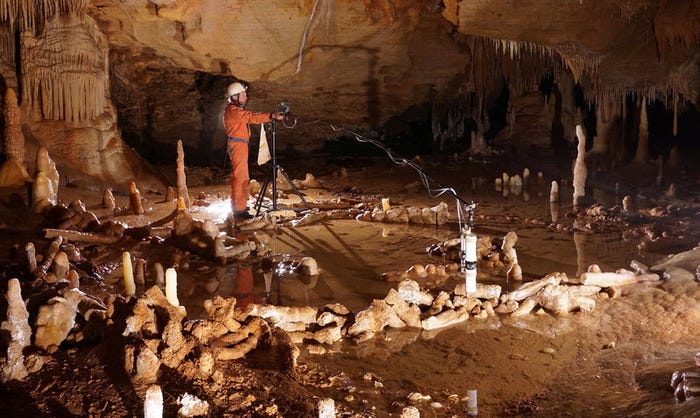 To find out what happened to earth’s climate 42,000 years ago, scientists asked a native New Zealander who was alive at the time: the ancient kauri tree. The tree’s rings serve as a record of radiocarbon levels‒a radioactive isotope‒in the atmosphere over tens of thousands of years. Indeed, the rings showed evidence of rising radiocarbon at the time when the magnetic fields flipped, an event known as the “Laschamps excursion.” The event is not unique in the history of our planet: The British Geological Survey estimates that four or five pole flips occur every million years. During these reversals, the magnetic shield that protects our planet from solar wind (charged particles streaming off the sun) gets weaker. Earth’s magnetic North and South poles‒not to be confused with the planet's northernmost and southernmost geographic points‒switch places. The Laschamps excursion, the most recent example of this magnetic flip, likely took place over a period of 1,000 years. That is a blip in earth’s lifetime, but long enough to alter the fates of those living on the planet. “In that process of flipping from North to South and South to North, effectively the earth’s magnetic field almost disappeared,” Turney said. “And it opened the planet up to all these high-energy particles from outer space.” If the sun spewed extra-high levels of radiation in a solar storm during that time, Neanderthals may have needed to seek cover. Indeed, the Laschamps excursion coincided with a rise in cave use across Europe and Southeast Asia. In particular, researchers have found red ocher handprints in the regions’ caves that date back some 40,000 years. According to the new study, this pigment could have served as an ancient form of sunscreen.

Another magnetic reversal could be ‘imminent’ 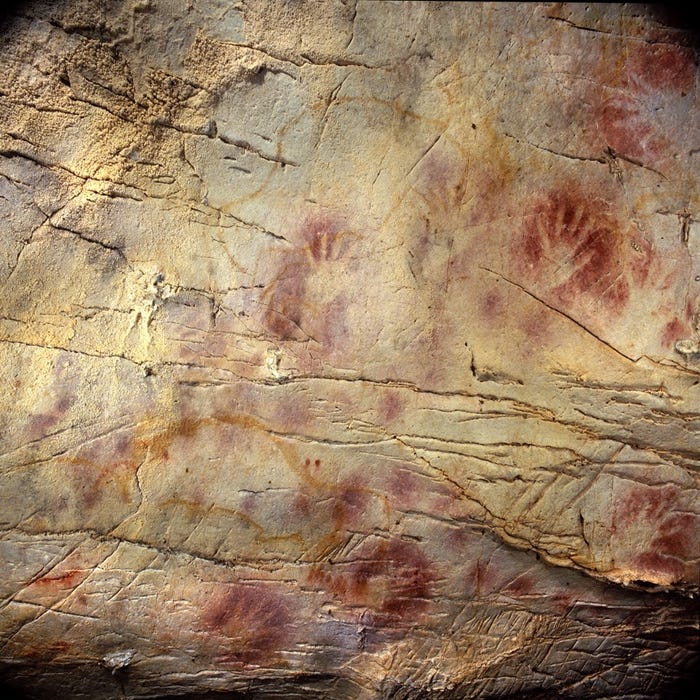 Not all researchers are convinced by Turney and Cooper’s analysis. Chris Stringer, an anthropologist at the Natural History Museum in London, told The Guardian that although the Laschamps excursion could have contributed to Neanderthals’ demise, it is hard to know exactly when they died out. “They did survive longer and ranged more widely than just Europe, and we have a very poor fix on the timing of their final disappearance across swathes of Asia,” Stringer said. James Channell, a geologist at the University of Florida, told NPR that historical records of ice cores dating back 42,000 years do not indicate a global climate crisis. Still, he added, “there does appear to be a linkage” between the extinction of large mammals and the weakening of earth’s magnetic field. At the very least, the new study offers a hint about what could happen if magnetic north and south flip again. Scientists know that earth’s magnetic field has weakened about 9% in the past 170 years. The magnetic north pole has also been drifting more rapidly since the 1990s, at a rate of 30 to 40 miles per year. This has “increased speculation that a field reversal may be imminent,” the researchers wrote. Such an event could potentially topple power grids and satellite networks. An increase in radiation could also expose more people to diseases like cancer. But scientists suspect that any possible magnetic reversal would be in its early stages. Earth’s magnetic field is still far stronger than it was the last time the poles flipped.

This article originally appeared in Business Insider of February 20, 2021.